Trump Refers to Mexicans as "Terrorists" 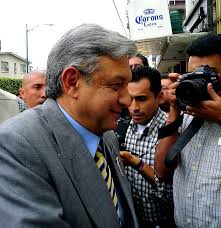 On Dec. 6, U.S. President Donald Trump called the Mexican people "terrorists." He also claimed that Mexican president, Andres Manuel Lopez Obrador, is paying for the wall though Obrador publicly stated that he didn’t pay a cent. During a press conference, Trump stated these accusations, and even referred to a journalist as Terrorist Joe.

Trump stated that Mexicans steal American jobs, bring drugs and crime to the country. The delegate of Myanmar in the WHO called Donald Trump a racist.

“It is unbelievable that the president of the United States, the world power, called innocent people terrorists, while he is separating families at the border,” Delegate of Myanmar stated. According to the representative of Mexico in the WHO, the delegation of Mexico feels offended by such declarations by the American president. After Trump's statements, he then said that Mexican people love Donald Trump.

Trump had no comment when asked about the humanitarian crisis at the Mexican border. He claims that the crisis is bad Mexicans entering America.

“Mexicans take the jobs that Americans won’t take, like cleaning bathrooms. The people of Mexico do not steal American jobs,” the Mexican delegation at the World Health Organization stated.

Delegations like Antigua and Jordan believe that he is making biased allegations and that he cannot call a whole country. Trump's comments have caused commotion in the World Health Organization as a result.