SOCHUM Moves Towards a Solution for Refugees 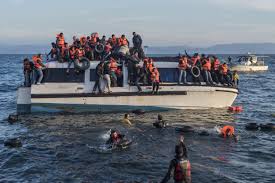 In SOCHUM, many countries have overcome their differences to form two blocs, both working towards a comprehensive solution to the needs of refugees.  During debate, many delegates expressed different approaches to the issue of refugee resettlement. Some ideas focused on assimilation and only meeting the basic needs of refugees while others advocated for full legal rights and citizenship for refugees.

There are a range of opinions among nations regarding what responsibility countries have to provide for refugees.  For example, the delegate from Qatar asserted that Qatar will not be accepting any more refugees and the burden should be on Western nations to provide aid.  On the other hand, some delegations, such as Morocco, stated that all nations should contribute and those who are unwilling to accept refugees should provide funds to help meet their needs.  These differing opinions have not stopped the committee from creating two blocs, both invested in the well being of refugees.

However, there is some latent tension among delegates who are wary of the lack of conflict in the committee.  Many have asserted that the pro-refugee sentiment is out of character for certain delegations. One delegate, who wishes to remain anonymous, stated, “Particular countries are claiming that they take in refugees when they don’t.”  Another said, “There are some countries insinuating that they have been kind to refugees in the past, when in reality they haven’t.”

Many delegations have been left questioning whether this discussion is indicative of genuine policy change on the part of these nations or if their sudden magnanimity is an attempt to improve their image on the international stage. Either way, the committee seems to have at least one resolution to address this pressing issue in sight.