OPINION: Cabinets Must Open Their Doors 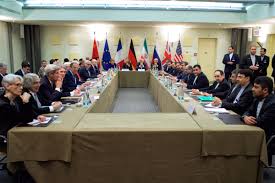 In the early morning of Dec. 7, the United States of America bombed Iranian military sites in response to American beliefs that the Iranian government had tested a nuclear weapon. The Chief of Staff for the President of Iran rebuts these allegations, saying that “the Islamic Republic of Iran suffered an earthquake. The United States of America wrongly interpreted the readings of seismic activity to be the result of nuclear testing.”

An anonymous source from within Iran provided an exclusive quote to The Guardian, stating that they believed that the actions of the United States “...reflect the imperialist tendencies of the Western Hemisphere…” and were uncalled for. The anonymous delegate criticizes “the United States’ determination to interfere in the Middle East as a means of promoting their policies regardless of [the policies’] impact on nations in the region.”

It is worth wondering whether the United States will be available for comment, and whether or not they will acknowledge their neocolonialist actions in the Middle East. It is also worth wondering what truly happened that fateful night in Iran that caused the deaths of thousands of civilians and the global escalation of regional conflict; was it an earthquake, or something more sinister, as US intelligence reports? The Guardian calls on cabinets to open their doors and speak to the press on the events of Dec. 7th. The world deserves to know what really happened.