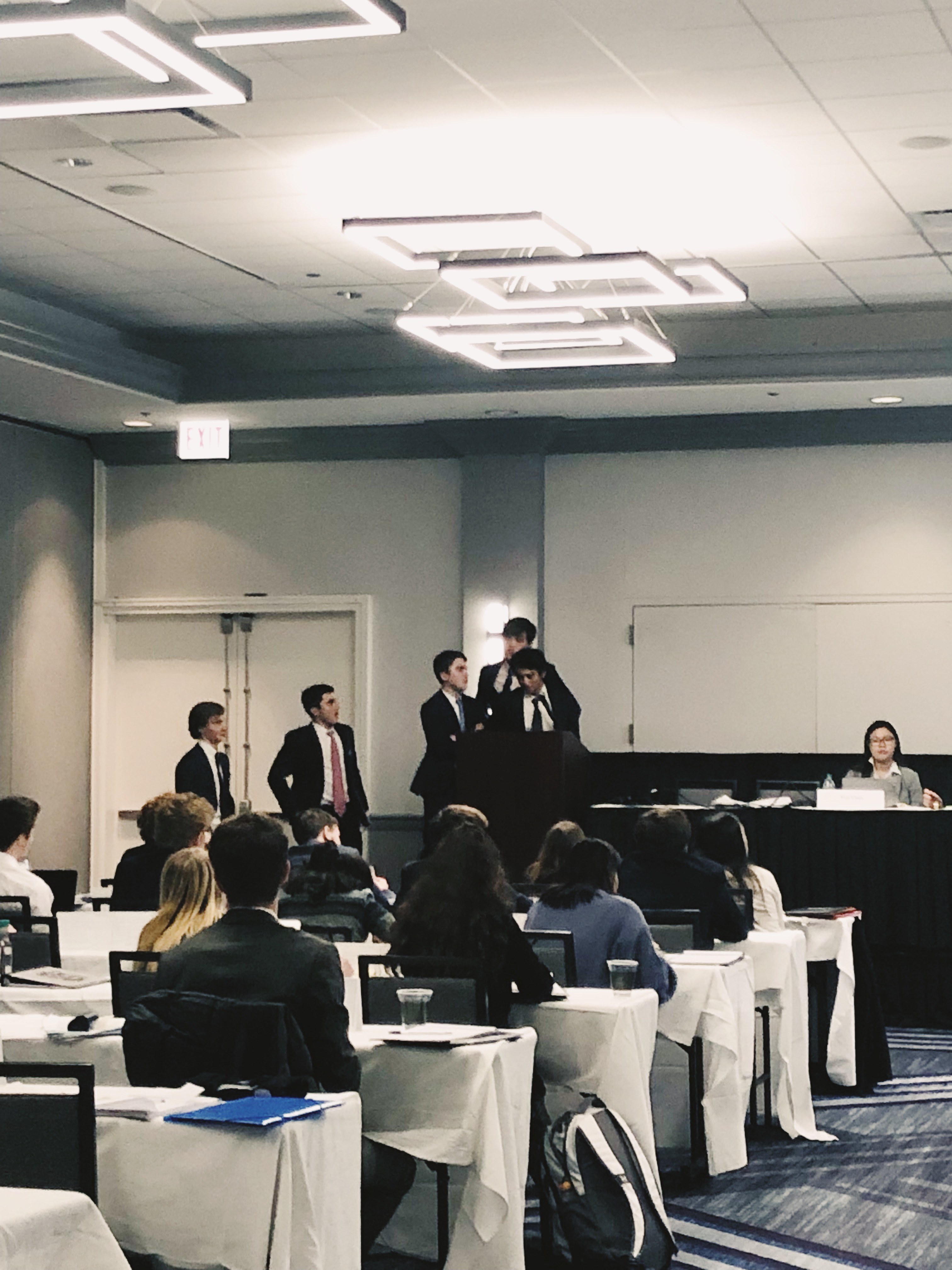 Cannons. Radio shows. Domes that are supposed to circle the entire Earth and have a cooling effect. These are the only answers that Economic and Financial Affairs Council (ECOFIN) can offer to solve the “climate change issue.” Perhaps it’s because climate change as a topic is faulty and shouldn’t be the focus for the committee’s efforts.

“Extreme weather” like wildfires and hurricanes has frequently presented itself recurrently throughout history, and Democrats like Bernie Sanders have been utilizing recent disasters, such as Hurricane Dorian hitting the east coast, in order to push the Green New Deal for personal agenda.

ECOFIN was one of the committees created to address and solve the world’s most pressing international issues. Global trade, financial systems, poverty eradication, sustainability-- this committee has much more work to do regarding relationships between nations and urgency is of the essence regarding the subjects ECOFIN has jurisdiction over.

The paper "Complete Obliteration of Climate Change (COCC)," also known as Working Paper 2.5, insists on "air-conditioned cannons to cool ocean temperatures" and a "giant net system that captures trash in the ocean." As if this paper didn't seem unrealistic enough, the creators of the paper introduced "hamster energy"--hamsters running around in balls to provide a sustainable form of energy--to address the sustainable energy issue.

Before you completely laugh ECOFIN off, they may have a valuable point. The left-wing global community is reaching for any case they can manipulate to garner favor from their citizens.

Other papers and blocs within the committee don't get much better. Working Paper 2.3 echoes the same old database ideas that have been presented time and time again in the United Nations committees (plot twist: this doesn't and hasn't worked as a definitive solution so far). This working paper prides itself on its education clauses, claiming that "implementation [of coping with natural disasters] in school curriculums" will solve our climate change issues.

Now, we at Breitbart believe this is a noble effort on the part of ECOFIN. But please, if you're going to spend valuable committee time discussing a relatively unfounded problem, offer real solutions to real issues.