Increased Nuclear Tensions between the USSR and West 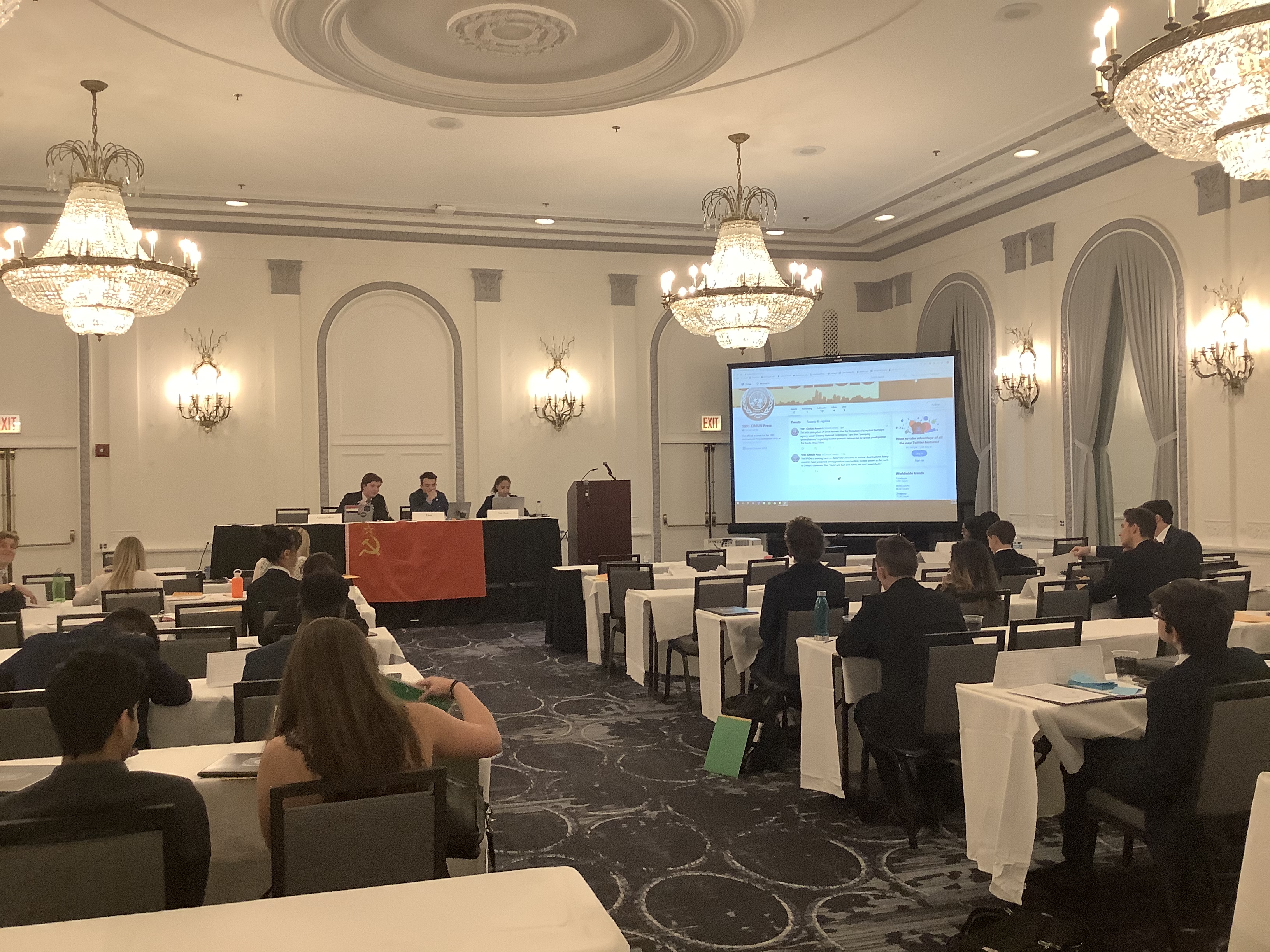 As the Soviet Union falls, concerns rise among the West regarding the USSR’s nuclear weapons. The USSR is intent on keeping its nuclear program and, despite what it says, does not seem intent on negotiating with the West to limit its access to nuclear weapons.

“Our primary obligation is to keep the USSR strong, and our nuclear program is dependent on the necessity of keeping the USSR safe,” said the delegate from the USSR in the International Atomic Energy Agency (IAEA). Despite the delegate assuring that the USSR is willing to work with the West, the reality is that the USSR prioritizes its own safety above the challenge of negotiating for potential global nuclear security.

Other Soviet member countries are, however, leaning more towards siding with the West. As the USSR weakens each day, Soviet states become more  independent, aligning closer towards the West’s preferences for denuclearization. As the delegate from Bulgaria stated, “We, along with the rest of West, are fearful of Russia’s nuclear stockpile. Since many Soviet member states are gaining independence, we are uncomfortable with the potential power of the future Russian state and its nuclear weapons. Therefore, we are very open to the idea of the West negotiating with the USSR to limit access to nuclear weapons on both sides.”

Despite this uncertainty whether negotiations with the West and USSR are possible, one thing is certain: As the USSR falls apart and Russia is isolated, it will be forced to talk with the West. Mikhail Mityukov, a more left-leaning member of the Supreme Soviet of Russia, wants the new Russian state to be more democratic and open to talking with the West. “Considering the current tensions between the USSR and and the West, I think that the future of Russia is very dependent upon discussions of denuclearization,” he said.

However, considering that current tensions are high, effective talks between the West and the USSR regarding access to nuclear weapons are unlikely. The USSR’s best plan would be to begin negotiations with the West soon, as the USSR is getting weaker and gradually losing more member countries as time goes by.