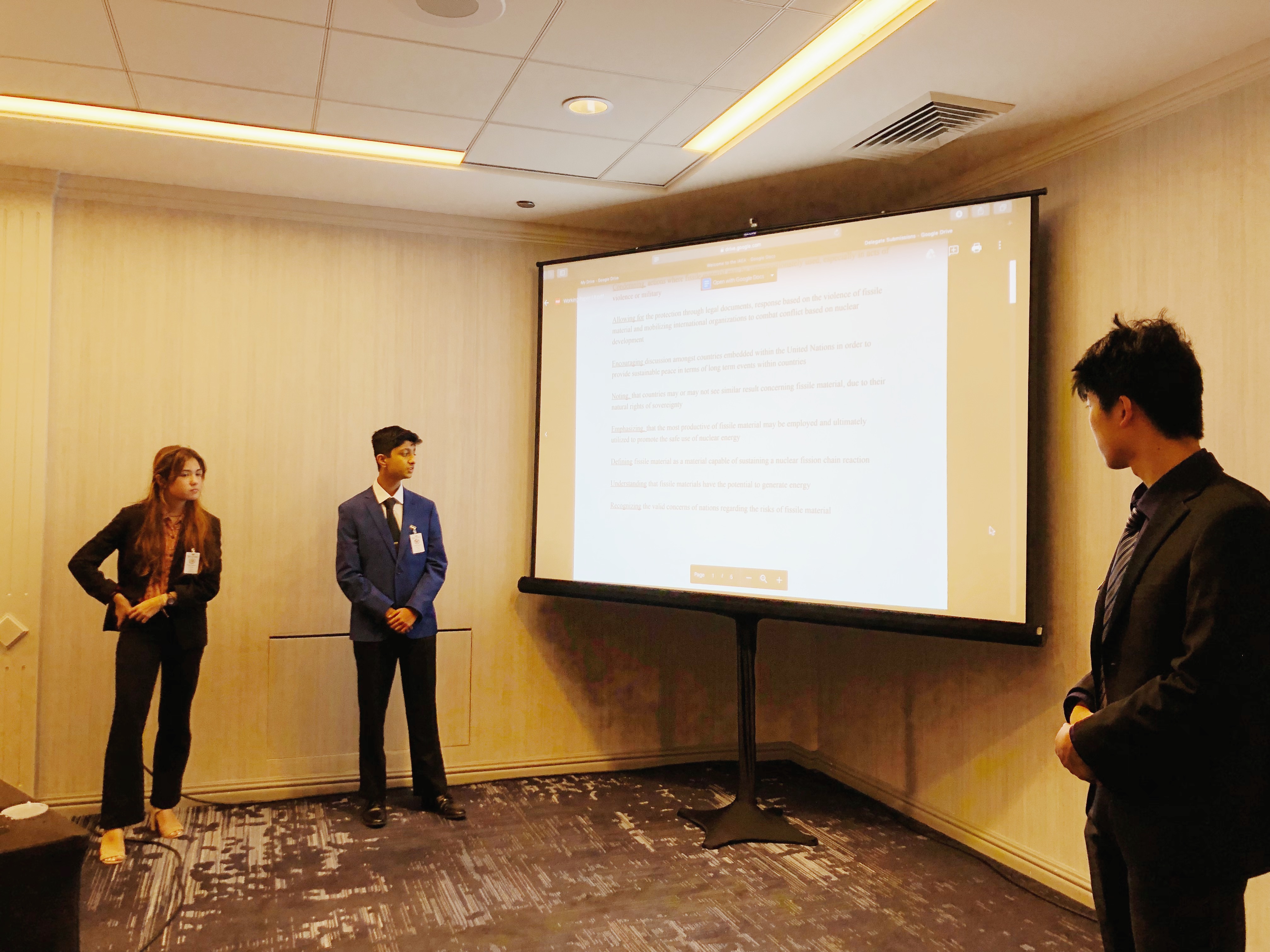 An Iraqi general cruised into the International Atomic Energy Agency (IAEA) in order to announce indirect threats of war, plans to form a Middle Eastern empire, and global disturbance. However, the general denied any possession of nuclear materials at his disposal. As a result of the general's upset, the original topic discussed by the IAEA, which involves the security of fissile materials, shifted into debates on the denuclearization of Iraq.

"As a delegate of Iraq, we appreciate wholeheartedly that the legendary general would come out for us," the delegate from Iraq in the IAEA said. "But we do want to keep our national sovereignty. That is our main goal and it will eventually progress our country."

Delegates are currently presenting their resolutions to regulate security of fissile materials and will soon approach voting procedure. From Morocco to the People's Republic of China, the IAEA delegates pursue contrasting legislation to address the security and denuclearization issue.

"A few of our basic plans for the security of fissile materials is a fourteen year plan that oversees and includes more government transparency," the delegate from Morocco said. "In this process, it's less focused on the five major nuclear powers but more on countries like Iraq."

While the Moroccan delegate focused on long-term solutions and basic concepts to approach the nuclear problem, the People's Republic of China provided direct focus on their need to see sole sovereignty of their own nuclear materials.

China also hopes that pure sovereignty over one's own fissile materials will allow for further research and benefits to nuclear use as opposed to dangers.

"Currently, we are working towards making the choices of our fissile materials solely sovereign and up to the choices of each individual nation. This is to further progress research into nuclear energy and weapons," the Chinese delegate said. "In addition, we will be adding a U.N. mandated nuclear waste disposal that will further create a more efficient way to dispose of nuclear waste."

Considering the economic implications of fissile material sovereignty and plans for research efforts, the delegate representing China stated that he sees his resolution as a benefit for many nations as it will provide a new source of energy and jobs.