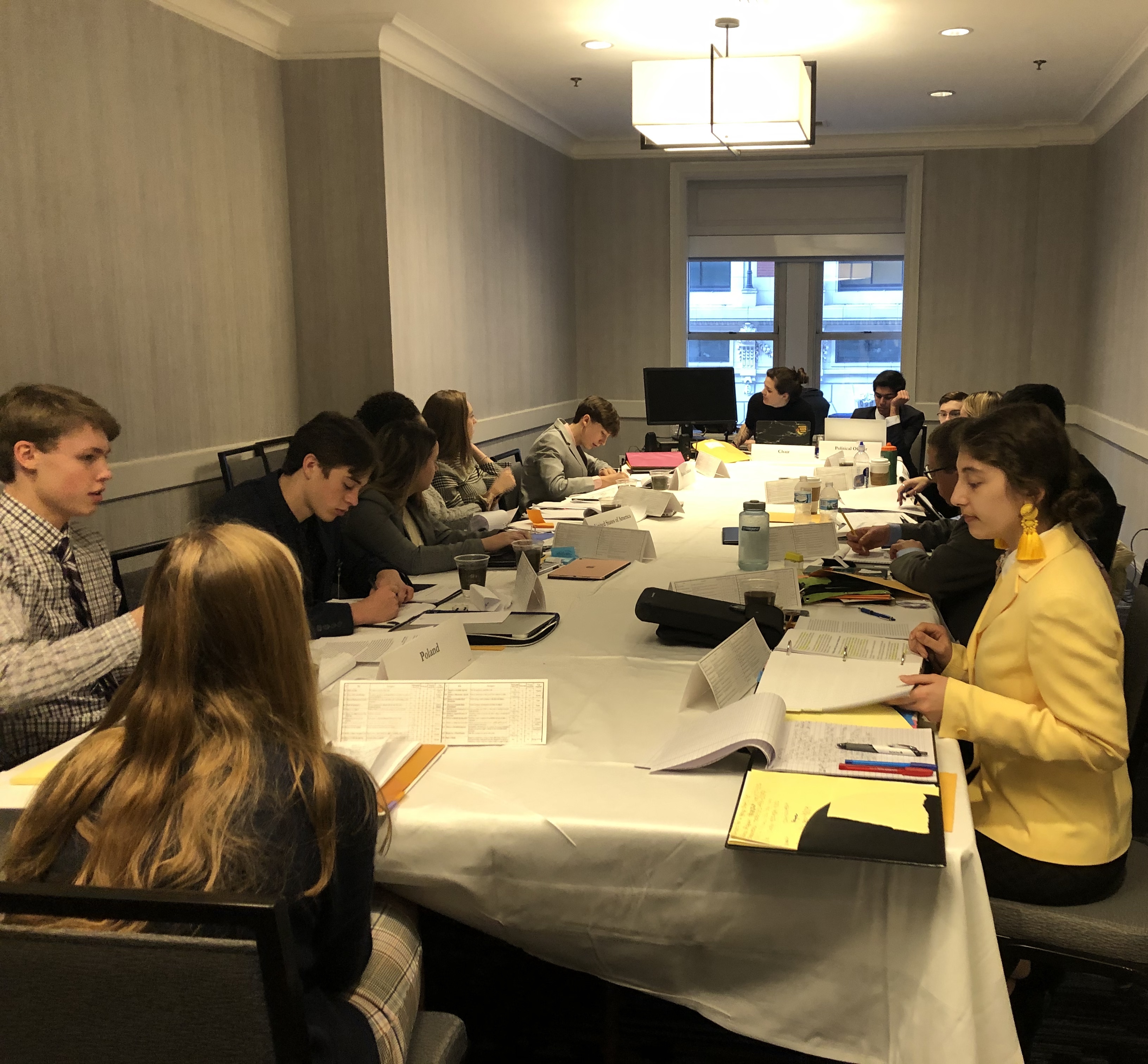 Conflict has erupted in the U.N. Security Council (UNSC) after a speaker from the cabinet of the People’s Republic of China came to address the committee.  The speaker began by offering information about the Hong Kong protests and attempted to justify the police treatment of the people of Hong Kong.  However, the most controversial portion of the minister’s speech was his offering of a supposed “olive branch.” He recognized the country’s flawed past with cyber security and to make up for it, he offered cyber security technology used by China to any other country who wishes to use it “as a gift.”

However, nearly all delegations were immediately suspicious of this supposed “gift.”  The delegate from the United States called it a “guise for the exploitation of other governments and their resources.”  The delegate from the Dominican Republic asserted that China had ulterior motives including gaining favors from other countries and involving themselves in foreign elections.

Furthermore, many delegates were unsure of China’s system for detecting fake news given the country’s repressive speech policies.  The delegate from China himself argued that free speech is a cause of fake news and that China does not have fake news because its government limits what its people see and say.  Hence, the many nations that support free speech were strongly opposed to accepting China’s offer of its cyber security program because they fear that the program would root out not only fake news but dissent. China continues to insist that they are simply trying to make up for their troubling record, but it seems that the rest of the committee is unlikely to accept this supposed olive branch.