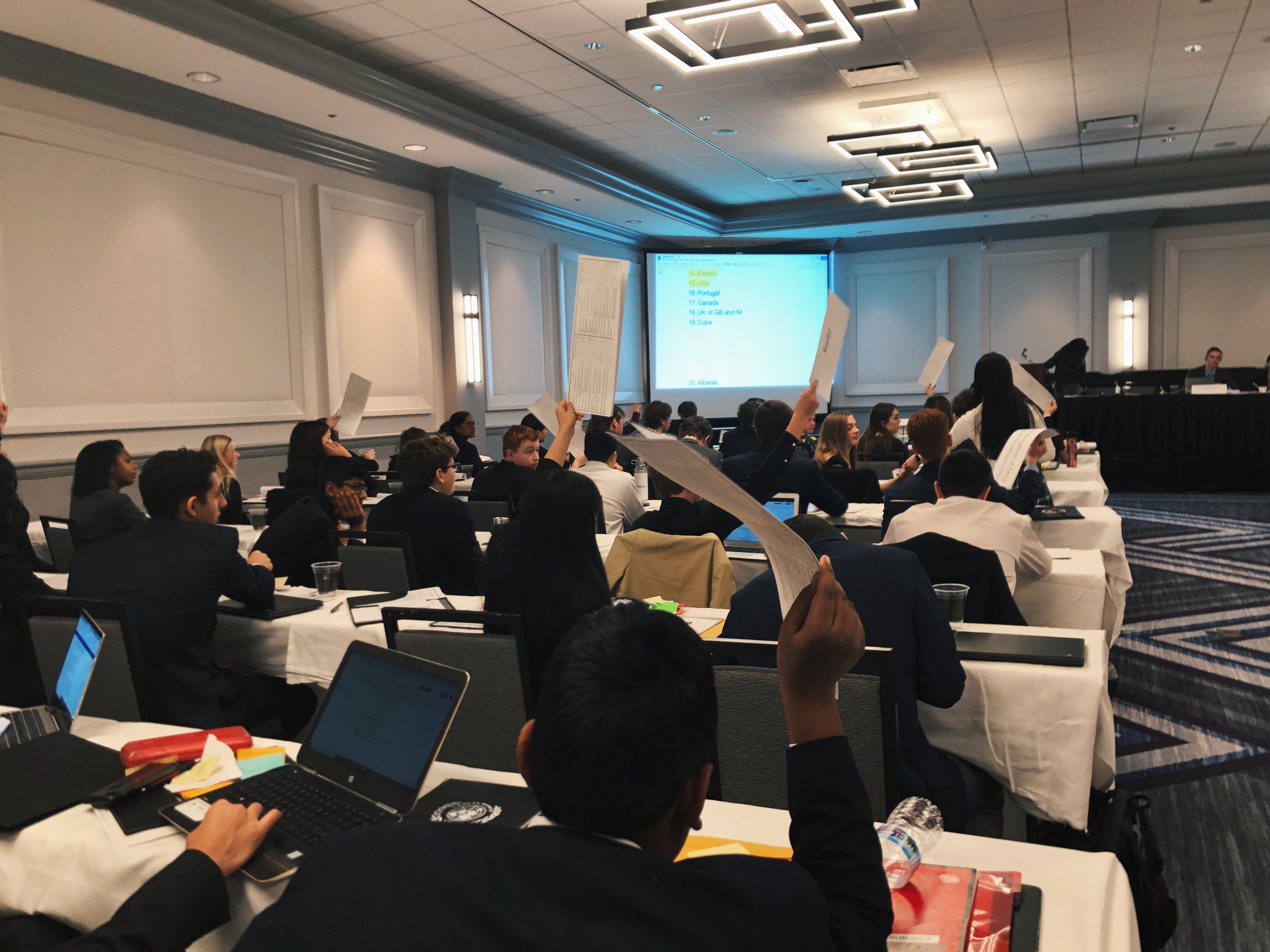 After the successful conclusion of passing draft resolutions that were implemented regarding unmanned aerial vehicles, the Disarmament and International Security Committee entered the topic of discussing Private Military Security Companies (PMSCs) and mercenaries.

U.N. Secretary-General Antonio Guterres insisted on "broader support for regional and international conventions against use of mercenaries" this past February. Although Guterres may hold restrictions as a key factor in regulating these companies, nations are divided in their approach.

"We believe that PMSCs should be self-regulated by the government that employs them," said the United States DISEC delegate. "We believe that in the free market, as the U.K. and the U.S. have some of the biggest PMSCs in the world, the U.N. should not be able to regulate them."

From the Yemeni crisis to Hong Kong unrest, the role of PMSCs and mercenaries becomes increasingly relevant as they fight on behalf of countries. The PMSC conflict even involves the use by the United Nations itself to provide support for peacekeeping missions.

Delegates from India, Canada, and the United States have been working to create a resolution that focuses on this aspect of self-regulation by respective countries in the domain of PMSCs.

"We call for self-regulation by countries because they understand their own companies better," the delegate from India said. "Some of our solutions include encouragement to join the ICOCA, increasing security screening and training of PMSC personnel and increasing transparency for the international community."