The WHO and Water Security 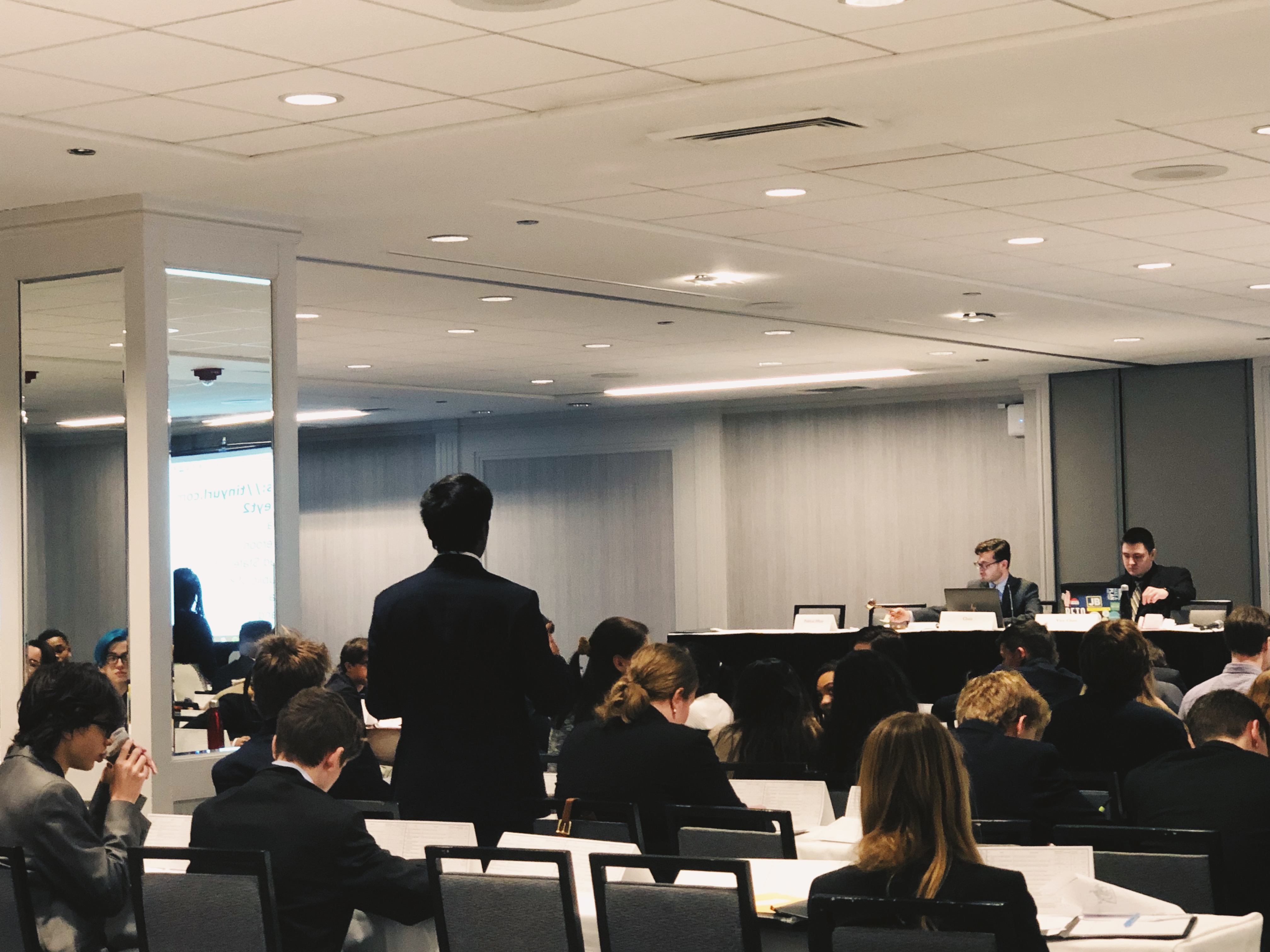 Currently, the World Health Organization has finished debating the fourteen draft resolutions on the floor and is planning to move into voting procedure. While there are an abundance of plans drawn up and discussed during the moderated caucuses, the delegate from the United States hopes to not only see his resolution passed, but as many as needed in order to demonstrate diplomacy in addressing water insecurity.

The United States delegate's goal is to aid underdeveloped nations or nations that lack a source of clean and stable water. "As the United States, we're called to look out for certain countries that can't look out for themselves based on their status," said the delegate. "We're planning to split the affected countries into three different groups."

Furthermore, their plan also includes calls for friendly-trade, involving purification and desalination, to nations that may not have access to clean water.

In an effort of true teamwork to effectively tackle the water insecurity crisis, the United States and Canada see themselves supporting Draft Resolutions 1 and 2, and they commend the African bloc as well as Italy for presenting very unique resolutions to the most present issue the WHO is contemplating.