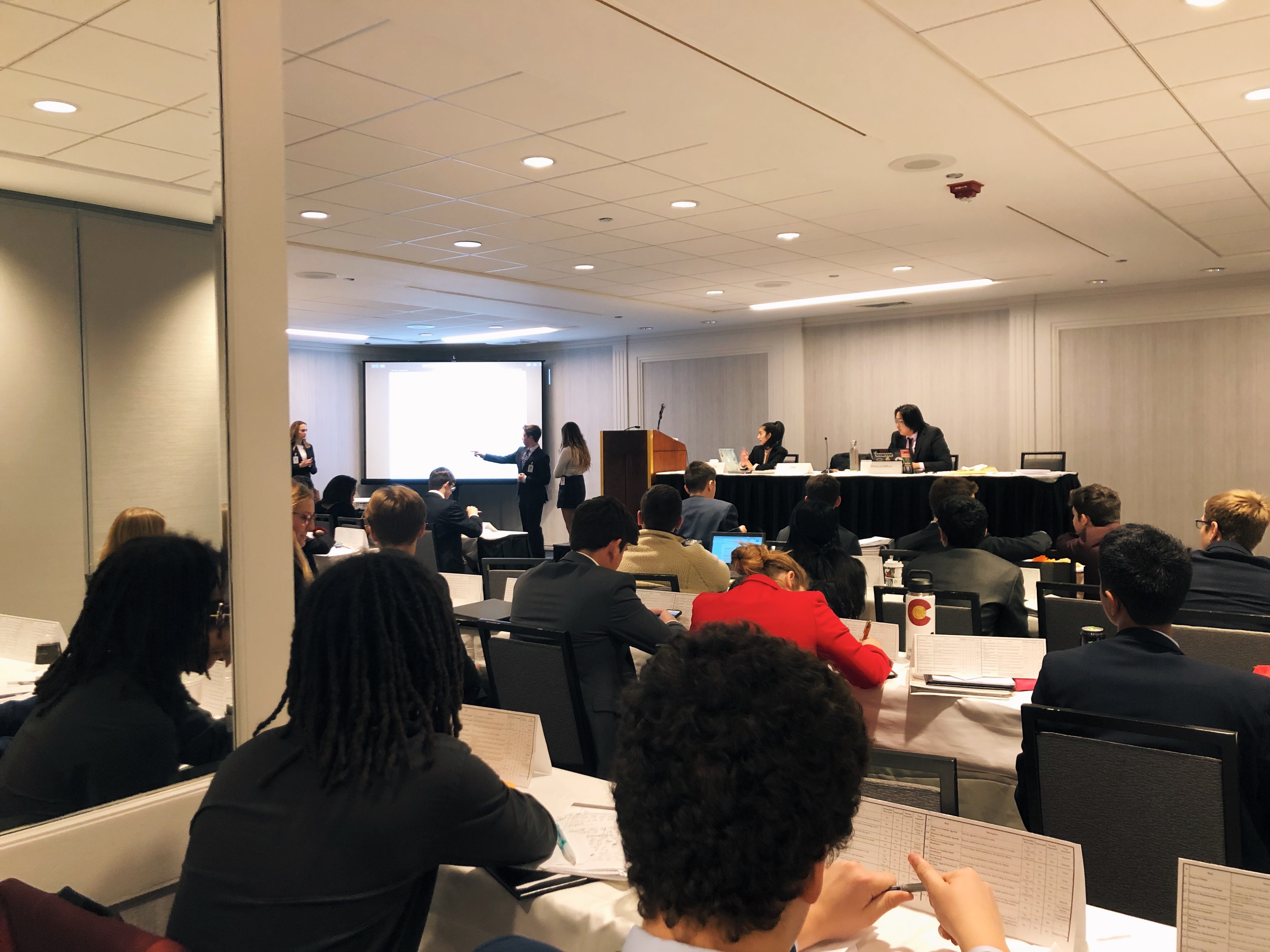 The International Atomic Energy Agency (IAEA) recently passed a resolution that allowed for the creation of UCAR (United Central American Republic), which is considered to be a large "country" of Central American nations. The delegate of Nicaragua stood firm on the philosophy of the republic's creation: to not be undermined by countries such as the United States, who hold significant missile material and nuclear power. However, it seems that Nicaragua has been repeatedly lying to its fellow members of the IAEA; the delegate has been claiming that he has no relation with Iraq, but sources from within the Republic have provided us with notes that prove otherwise.

UCAR was based off clause 20 of the resolution IFOR which passed in the IAEA. From a "single currency, open borders, and trade and military alliance", the republic including the Central American nations hoped to find strength in solidarity.

However, Nicaragua, one of the members of the UCAR alliance, has been exposed to be deceiving his other delegate members by claiming that he does not have ties to the Iraq delegate. Physical note evidence and the testimonies of the Canadian and Mexican delegates have shown that the delegate representing Nicaragua has been pursuing a strong relationship with Iraq in order to compete with nations such as the United States.

"I liked the idea of a union, especially because we [Mexico] are often overlooked as a nation," the delegate from Mexico said. "I wanted peace and denuclearization... so when I joined UCAR I thought that I was joining to find a voice.

The delegate from Mexico felt disheartened by the original goal of UCAR getting lost by hunger for power over other nations in the international community.

"But then it became 'Let's form the new USSR but in Latin America!.. and then it became 'Let's join forces with Iraq!" the Mexican delegate said. "It spiraled into something I didn't want to be part of, but I got heavily involved with Nicaragua... That's why I talked with the delegate of Canada so we could end this."

At this point, Nicaragua's delegate is unaware of the knowledge that his fellow delegates possess of his deception. He is still focusing on building UCAR to be a superpower republic in the international community.

"I want to get out to the global community that there is a new superpower, and we will not get pushed around," the delegate of Nicaragua said to Breitbart. "United States, we are here! We are a great country, and we will not let you suppress us any longer!"