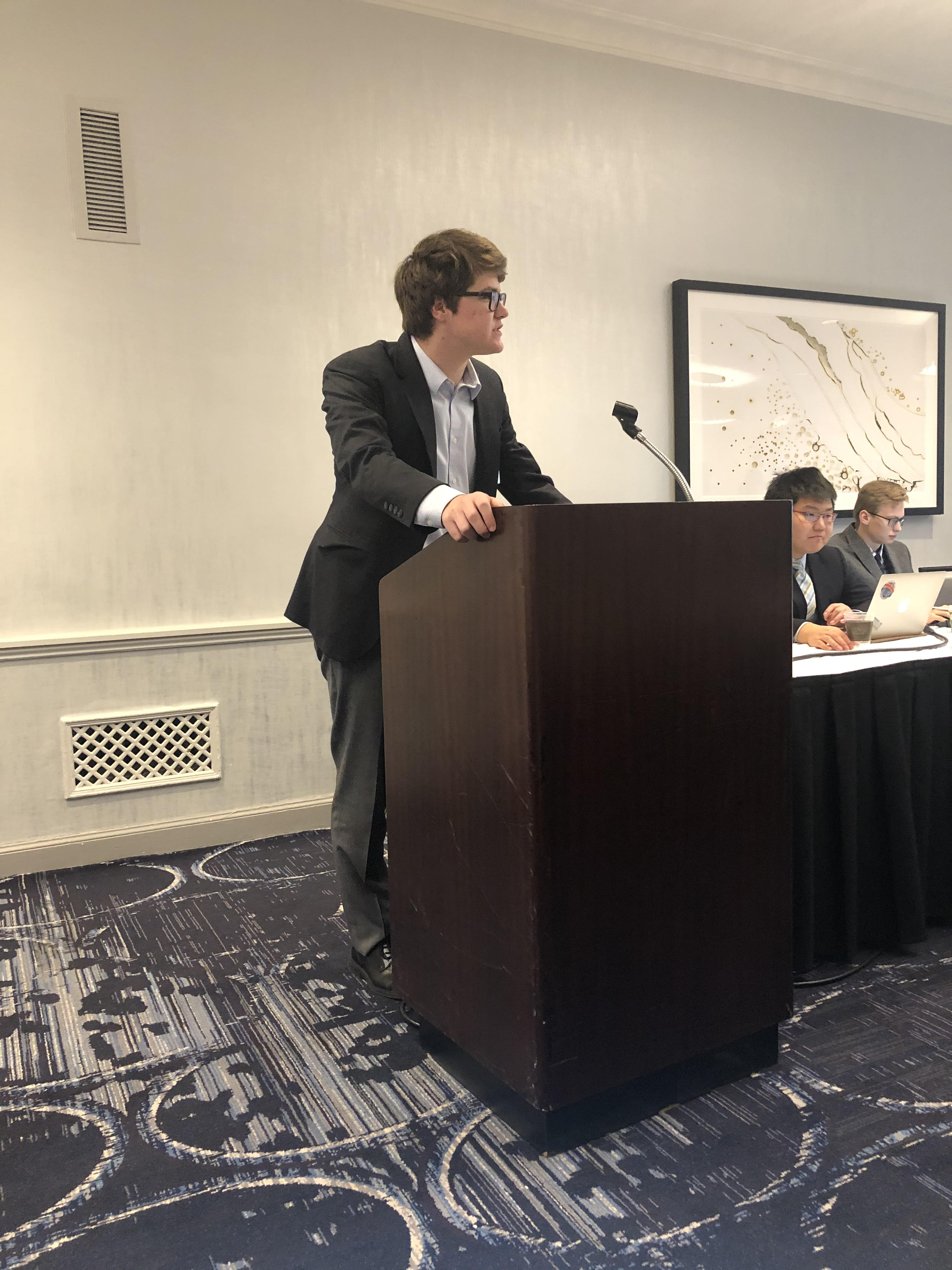 While discussing the spread of disinformation on social media, conflict erupted between several member states of the Arab League.

In his first speech, the delegate from Palestine strongly opposed restrictions on social media, arguing that social networking platforms are cherished by people in the region. “Social media is critical to spreading the truth and combating the propaganda of the west," argued the representative from Palestine. "These technologies are very important to the people of this great nation.”

Many countries, including Libya, Yemen, Morocco and Algeria, identified social media as a source of misinformation and stressed the need for regulatory legislation. “We must create a filtration system managed by the Arab League to censor any false information on social media,” proposed the representative from Libya.

“We don’t allow free speech because the proliferation of disinformation about the Hadi administration on social media prompted Houthi revolutionaries to ignite a civil war,” claimed the delegation from Yemen. Moreover, the representative from Algeria attacked the credibility of Palestine’s statements, saying, “Fifteen journalists were murdered by the Palestinian government when they attempted to express their opinions. That is suppressing the truth.”

The delegate from Palestine viewed those comments as an affront and questioned the validity of Algeria’s data. “Palestine never harmed any journalists and respects the press within this country. Algeria obtained these false allegations from an Israeli and Zionist news source.” The representative from the Jerusalem Post did not respond when asked for comment.